7 Important Steps to Take if You're Arrested for DUI

Did you know that every year, about 1.5 million people are arrested for driving under the influence of alcohol?

Are you one of these 1.5 million people who have recently been arrested for drunk driving? If so, you're probably scared and wondering what you should do next.

Getting arrested for drunk driving is no joke. Fines can be in the thousands of dollars, you can lose your license, and, you may even have to serve jail time

To prevent the worst from happening, it's important to know what to do after being arrested for DUI.

Check out this guide to learn the important steps to take if you're arrested for drunk driving.

Hiring a lawyer is the most important thing to do after being arrested for a DUI.

A lawyer will help you navigate the court system, build a case for you, and help you face a jury. While you should definitely hire a DUI lawyer for a felony case, it's also important to hire one if you're a first-time offender.

As we said in the intro, there's a lot at stake when you're arrested for a DUI, and hiring a lawyer is the best bet for a positive outcome.

When searching for a lawyer, it's very important that you find someone who has experience in DUI law. DUI law is incredibly complex, which is why you never want your case handled by a general attorney.

Also, make sure to meet with lawyers for consultations before hiring and ask for references.

Details can mean the difference between winning and losing a DUI case, so, make sure to write down all the details as quickly as possible.

Write down everything you remember, no matter how insignificant it may seem. It's often these insignificant details that end up meaning the most later on.

Here are some things you want to make note of:

Once you write down this information, remember that you shouldn't share it with anyone but your attorney.

Remember, the state is going to be doing everything they can to build a case against you.

This is why it's very important to not give them any ammunition via social media.

Even if your profile hasn't been updated in a while or what's on there has nothing to do with the charges against you, it's very easy for things to be taken out of context.

In some cases, it may even be a good idea to delete your accounts until the trial is over.

Your lawyer can help walk you through what exactly you need to keep private and for how long.

Character witnesses can make a huge difference in your DUI case.

Talk to your family members and friends and ask if they'd be willing to testify on your behalf during court. Also, try to gather witnesses who saw you right before, after, or even during the stop.

It's also important to talk to witnesses so that your attorney can gather statements from them right away. As time goes on, people tend to forget things, so fresh testimony about your state of being from an eye witness can really go a long way.

If you've been arrested, you're more than likely going to have to post bail.

Then, you need to hold up your end of the bargain by showing up to all of your hearings. If you don't, the bail bondsman will come after you for more money.

6. Request a Hearing With the DMV

After being arrested for a DUI, it's also very important that you request a hearing with the DMV.

This hearing determines whether or not you can keep your driver's license.

You should do this within 10 days of your arrest, otherwise, your license may be automatically suspended.

7. Get Ready for Court

Once you've done all this, it's time to prepare for your trial.

The trial begins with an arraignment, which is when you enter your plea. A lot of times, attorneys handle the arraignments themselves, so you may not even need to show up for this.

If this is your first DUI, then you'll likely be charged with a misdemeanor. With this, you could be charged with jail time, although this is very unusual for first offenses.

When you show up for court, it's very important that you have a professional appearance. Avoid baggy pants, showing excess skin, and wearing casual clothes, like sandals or shorts.

In addition to being well-dressed, it's also important that you show up for your hearing on time (earlier is always better) and that you're composed and well-groomed.

Arrested for DUI: Are You Ready to Take the Next Steps?

As you can see, getting arrested for DUI is no walk in the park. But, by following the steps list above, the DUI process should go a lot smoother.

And, as we said earlier, the most important thing to do is to hire a competent lawyer to handle your case.

If you're in need of a good lawyer for your DUI case, get in touch with us today. 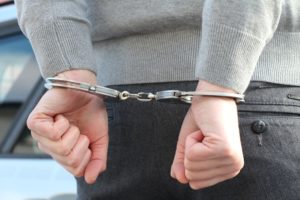 The De Bruin Law firm offers a wide range of legal services to clients in Greenville, SC and the surrounding upstate. Our experienced attorneys can help you with legal matters in the areas of business law, criminal law, estate planning, and real estate law.
(864) 982-5930
[email protected]
16 Wellington Ave, Greenville, SC 29609
Schedule a Consultation

Please fill out the form below to schedule a time to speak with one of our attorneys. Once you've completed the form we will respond to your request within 1 business day.
(864) 982-5930
[email protected]
16 Wellington Ave, Greenville, SC 29609